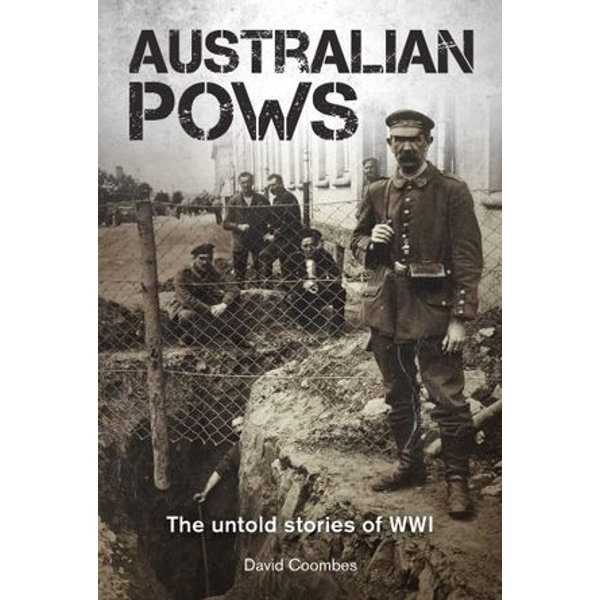 "Comrades in distress we were, and it was now that one felt the existence of a brotherhood that establishes itself in circumstances of this kind ... A few of the men are very dejected, and appear to be losing all interest in themselves, their habits and practices not being approved by the majority. In some cases, for the most miserable reward, they cringe to the Germans for the chance of being of some service; others also, despite the fact their bodies can ill-afford the sacrifice, trade their boots and other clothing in exchange for food and smokes ... This is regrettable, but censure has no effect on the few. Most of us have resolved to maintain some sort of dignity, though 'tis difficult." So wrote Australian prisoner of war (POW) Corporal Lancelot Davies who was captured at the First Battle of Bullecourt on 11 April 1917 where Allied forces were 'badly smashed up'. Davies was one of almost 1,200 Australians captured that day, facing an uncertain future at the hands of their German captors. - he described the future as 'blank' and unpredictable. The experiences of Australian prisoners of war (POWs) or Kriegsgefangeners held captive in Germany has been largely forgotten or ignored - overshadowed by the horrid stories of Australians imprisoned by the Japanese during World War Two. Yet, as David Coombes makes known, the stories are interesting and significant - not only providing an account of what those young Australian soldiers experienced, and the spirit they showed in responding to captivity - but also for the insight it provides into Germany in the last eighteen months of the war. Coombes draws upon previous inaccessible records - including the interviews conducted many years before by Chalk - as well as private papers and unpublished manuscripts. He paints a vivid picture of young soldiers who survived the trauma of battle, only to find themselves facing an unknown fate at the hands of an often vindictive and cruel enemy. These 'comrades in distress', many wounded and traumatised by trench warfare, quickly discovered the bond of brotherhood, often the key to survival in a harsh environment with little food, poor medical treatment, back-breaking work and the anguish of confinement. What emerges in the pages of this amazingly detailed account is the typical Australian sense of humour and the sheer will to live that marked these men. Above all, it was their determination to be free and to return once more to their families that ensured their survival; often against overwhelming odds. Crossing the Wire is a fitting tribute to the World War One soldiers and POWs. David Coombes highlights the ordeals these men went through, their stoicism in enduring their mistreatment, and the fearlessness of a few in launching ingenious attempts to escape. He proves beyond doubt that their stories are by no means less compelling than those of their World War II brothers.
DOWNLOAD
READ ONLINE

Yet just as death and disease are an inevitable part of warfare, so too is captivity. For the purposes of certain Australian Government payments, a person is eligible for POW benefits if they were interned by the military forces of Japan, Germany, Italy or their allies during World War 2; or by the military forces of North Korea during the Korean War. Key statistics From 30 June 2019 to 30 June 2020, Australian prisoners decreased by 5% (1,968) to 41,060. This was the first national decrease since 2011.

In June and July 1942 two drafts of the Australians captured on New ... Australian POWs is a fitting tribute to the World War One soldiers and POWs. David Coombes highlights the ordeals these men went through, their stoicism in enduring their mistreatment, and the fearlessness of a few in launching ingenious attempts to escape.