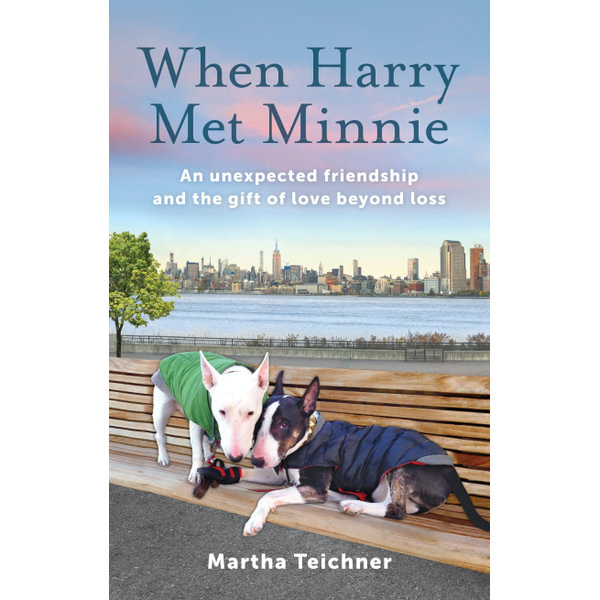 The longtime CBS Sunday Morning correspondent chronicles the bond she developed with a woman who was dying of cancer and the Manhatten love story of their two pet dogs.There are true fairy tales. Stories that exist because impossible-to-explain coincidences change everything. Except in real life, not all of them have conventional, happily-ever-after endings...This Manhattan tale of laughter and tears charts the Nora Ephron-esque love story between two "complicated" dogs, Harry and Minnie, and the gift of unexpected friendship they gave to their owners, Carol and Martha.Carol, who is dying of cancer caused by the toxic pollution in New York in the aftermath of 9/11, needs someone to take care of Harry, who is a 'great listener but does have a problem with large dogs. He is great with smaller dogs. If he sees a hose he will destroy it to protect you. He will figure out ways to let you know exactly how he feels'. When Martha has a chance encounter with Carol's friend, he can't help but notice Minnie, 'oh those chunky little legs', and so the matchmaking begins. After a disastrous first meeting, when Minnie doesn't appear to think much of Harry (who is super keen), things improve and soon they are inseparable. As Carol's illness progresses, so a new friendship and community blossoms, Carol's Club.The bonds that grew changed Martha's life, Carol's life, Minnie's life and Harry's life. And they changed Carol's death as well.In this rich and touching narrative, Martha considers the ways our stories are shaped by the people we meet, and the profound love we can find by opening our hearts to unexpected encounters.About the AuthorMartha Teichner has been a correspondent for "CBS Sunday Morning" since December 1993, where she's equally adept at covering major breaking national and international breaking news stories as she is handling in-depth cultural and arts topics.Since joining CBS News in 1977, Teichner has earned multiple national awards for her original reporting, including 10 Emmy Awards and won five James Beard Foundation Awards. Teichner was also part of the team coverage of the Newtown, Conn., elementary school shooting which earned CBS News a 2014 duPont-Columbia Award.
DOWNLOAD
READ ONLINE

There's a special camaraderie among early-morning dog walkers. I received an advanced copy of When Harry Met Minnie by Martha Teichner, CBS correspondent, from Celadon books. I was absolutely charmed and devastated.