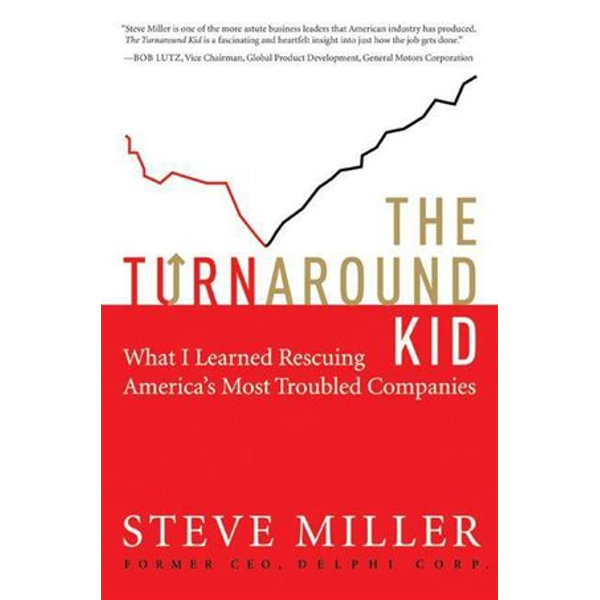 For the past thirty years, Steve Miller has done the messy, unpleasant work of salvaging America's lost companies with such success that the Wall Street Journal has dubbed him "U.S. Industry's Mr. Fix It." From his very first crisis assignment as point man for Lee Iaccoca's rescue team at Chrysler, Miller built an international reputation while fixing major problems in such varied industries as steel, construction, and health care. Most recently, as chairman and CEO of the bankrupt automotive parts manufacturer Delphi Corporation, he has confronted head-on the major issues threatening the survival of Detroit's Big Three. A battle is being fought in the heart of industrial America—or what is left of it—Miller observes. In the auto industry as well as every manufacturing corporation, management and labor are at loggerheads over wages and the skyrocketing costs of employee benefits. The way out of this battle is often painful and Miller is deeply aware of the high price individual workers and many communities have had to pay as a result.In this frank and unsparing memoir, Miller reveals a rarely seen side of American management. Miller recounts the inside story of the many turnaround jobs that have led to his renown as Mr. Fix It. But he also paints an intimate picture of his relationship with Maggie Miller, his wife of forty years, with whom Miller shares the credit for his success. Described by Miller as "my mentor and tormentor," Maggie served as his most trusted adviser and kept him focused on what truly matters until her death from brain cancer in 2006. A deeply moving personal story and timely snapshot of the state of American manufacturing and what it will take to restore it to profitability, The Turnaround Kid is Steve Miller's fascinating look at his education as an American executive.
DOWNLOAD
READ ONLINE

"In fact, it is his specialty." For 30 years - beginning with the legendary Chrysler bailout, whic... The Turnaround Kid. by Steve Miller.

*FREE* shipping on eligible orders. The Turnaround Kid ‎For the past thirty years, Steve Miller has done the messy, unpleasant work of salvaging America's lost companies with such success that the Wall Street Journal has dubbed him "U.S.