Queens of the Conquest 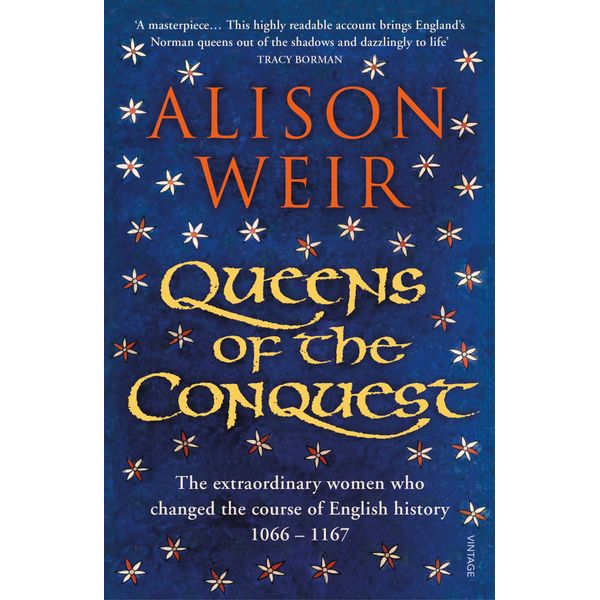 Full of passion and betrayal, murder and war, the first volume of an epic new series from bestselling historian Alison Weir, bringing five of England's medieval queens to life.A Daily Telegraph Book of the YearLove, murder, war, betrayalThis is the story of the five extraordinary queens who helped the Norman kings of England rule their dominions. Recognised as equal sharers in the royal authority, their story is packed with tragedy, high drama, even comedy. Heroines, villains, stateswomen, loversBeginning with Matilda of Flanders, who supported William the Conqueror in his invasion of England in 1066, and culminating in the turbulent life of the Empress Maud, whoc claimed to be queen of England in her own right and fought a bitter war to the end, the five Norman queens are revealed as hugely influential figures and fascinating characters. In Alison Weir's hands, these pioneering women reclaim their rightful roles at the centre of English history.
DOWNLOAD
READ ONLINE

Try In the first volume of this epic new series, Alison Weir strips away centuries of romantic mythology and prejudice to reveal the lives of England's queens in the century after the Norman Conquest. It begins with Matilda of Flanders, who supported William the Conqueror in his invasion of England in 1066, and culminates in the turbulent life of the Empress Maud, who claimed to be queen of ... The first volume published concentrates on the Queens of the Conquest and covers the first century of the Norman Conquest from 1066 to 1167.

It has five chronologically arranged chapters on Matilda of Flanders, Queen of William I and mother of two more English kings William II and Henry I. The two Queens of King Henry I, Matilda of England, mother of The Empress Maud and Adeliza of Louvain ... Spanning the years from the Norman conquest in 1066 to 1154, when Henry II succeeded to the throne and Eleanor of Aquitaine, the first Plantagenet queen, was crowned, this epic book brings to life five women: Matilda of Flanders, Matilda of Scotland, Adeliza of Louvain, Matilda of Boulogne, and Empress Maud. Praise for Queens of the Conquest "Best-selling author [Alison] Weir pens another readable, well-researched English history, the first in a proposed four-volume series on England's medieval queens.