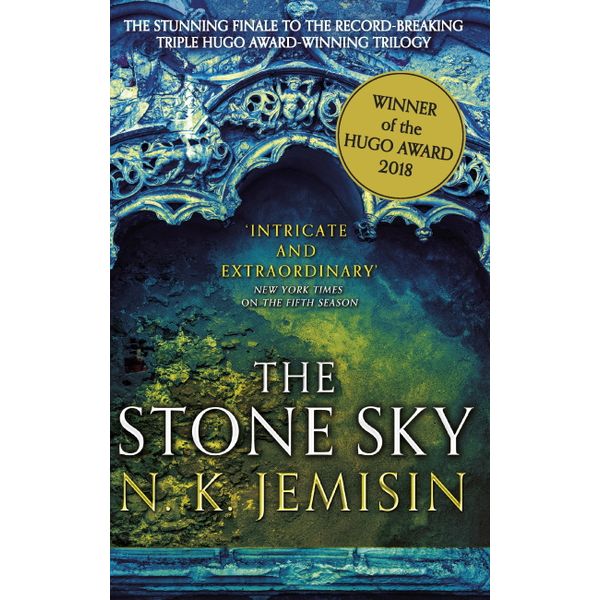 WINNER OF THE HUGO AWARD WINNER OF THE NEBULA AWARD WINNER OF THE LOCUS AWARD FOR BEST FANTASY An Amazon Best Book of the Year The incredible conclusion to the record-breaking triple Hugo award-winning trilogy that began with the The Fifth Season The Moon will soon return. Whether this heralds the destruction of humankind or something worse will depend on two women. Essun has inherited the phenomenal power of Alabaster Tenring. With it, she hopes to find her daughter Nassun and forge a world in which every outcast child can grow up safe. For Nassun, her mother's mastery of the Obelisk Gate comes too late. She has seen the evil of the world, and accepted what her mother will not admit: that sometimes what is corrupt cannot be cleansed, only destroyed. Praise for this trilogy: **'Amazing' Ann Leckie 'Breaks uncharted ground' Library Journal 'Beautiful' Nnedi Okorafor 'Astounding' NPR 'Brilliant' Washington Post** The Broken Earth trilogy begins with***The Fifth Season***, continues in ***The Obelisk Gate*and concludes with The Stone Sky - out now. Also by N. K. Jemisin: The Inheritance trilogy The Hundred Thousand Kingdoms The Broken Kingdoms The Kingdom of Gods The Dreamblood Duology The Killing Moon The Shadowed Sun
DOWNLOAD
READ ONLINE

The matte-finish blue stone with white veins has been the subject of lore since the 90s. The story tells of a mysterious figure, a geologist named Angelo Pitoni who visited Sierra Leone in West Africa. The Stone Sky, as with the rest of the trilogy, explores powerful themes of disempowerment, slavery and fear of the unknown, but also wraps an interesting and gripping narrative, all built on some very accomplished worldbuilding.