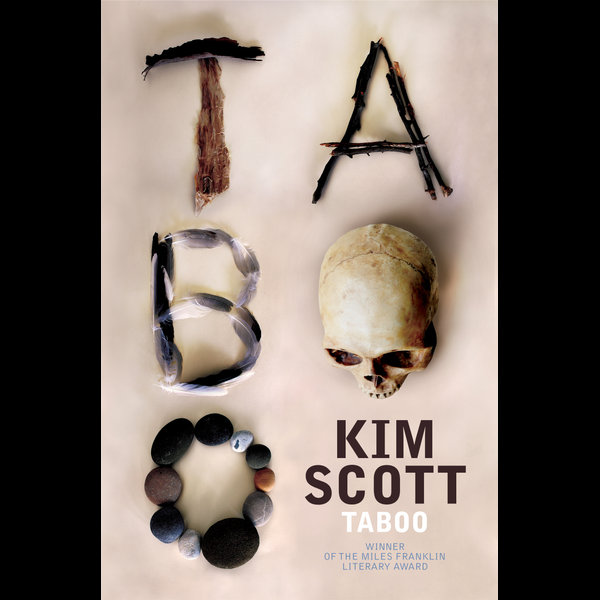 From the two-times winner of the Miles Franklin Award From Kim Scott, two-times winner of the Miles Franklin Literary Award, comes a work charged with ambition and poetry, in equal parts brutal, mysterious and idealistic, about a young woman cast into a drama that has been playing for over two hundred years ... Taboo takes place in the present day, in the rural South-West of Western Australia, and tells the story of a group of Noongar people who revisit, for the first time in many decades, a taboo place: the site of a massacre that followed the assassination, by these Noongar's descendants, of a white man who had stolen a black woman. They come at the invitation of Dan Horton, the elderly owner of the farm on which the massacres unfolded. He hopes that by hosting the group he will satisfy his wife's dying wishes and cleanse some moral stain from the ground on which he and his family have lived for generations. But the sins of the past will not be so easily expunged. We walk with the ragtag group through this taboo country and note in them glimmers of re-connection with language, lore, country. We learn alongside them how countless generations of Noongar may have lived in ideal rapport with the land. This is a novel of survival and renewal, as much as destruction; and, ultimately, of hope as much as despair. WINNER OF THE NSW PREMIER'S AWARD BOOK OF THE YEAR 2018 WINNER OF THE NSW PREMIER'S INDIGENOUS WRITER'S PRIZE 2018 WINNER OF THE UNIVERSITY OF QUEENSLAND FICTION BOOK AWARD 2018 WINNER OF THE VICTORIAN PERMIER'S LITEARRY AWARD FOR INDIGENOUS WRITING 2019 SHORTLISTED FOR THE VICTORIAN PREMIER'S LITERARY AWARD FOR FICTION 2018 SHORTLISTED FOR THE PRIME MINISTER'S LITERARY AWARD FOR FICTION 2018 SHORTLISTED FOR THE COLIN RODERICK AWARD 2018 LONGLISTED FOR THE MILES FRANKLIN LITERARY AWARD 2018 LONGLISTED FOR THE ABIA LITERARY FICTION BOOK OF THE YEAR 2018 LONGLISTED FOR THE INDIE BOOK AWARDS FICTION 2018 LONGLISTED FOR THE INTERNATIONAL DUBLIN LITERARY AWARD 2019 PRAISE FOR TABOO "If Benang was the great novel of the assimilation system, and That Deadman Dance redefined the frontier novel in Australian writing, Taboo makes a strong case to be the novel that will help clarify - in the way that only literature can - what reconciliation might mean" Australian Book Review "Scott's book is stunning - haunted and powerful ... Verdict: Must Read" Herald Sun "Remarkable" Stephen Romei, Weekend Australian "Stunning prose" Saturday Paper *"*This is a complex, thoughtful, and exceptionally generous offering by a master storyteller at the top of his game" The Guardian "Undaunted, and daring as ever Scott goes back to his ancestral Noongar country in Western Australia's Great Southern region; back in time as well to killings (or a massacre, the point is contested) of whites and Aborigines there in 1880. . . Taboo never becomes a revenge story, whether for distant or recent wrongs . . . The politics of Taboo - not to presume or simplify too much - are quietist, rather than radical. Ambitious, unsentimental [and] morally challenging" Sydney Morning Herald "Scott is one of the most thoughtful, exciting and powerful storytellers of this continent today, with great courage and formidable narrative prowess- and Taboo is his most daring novel yet" Sydney Review of Books
DOWNLOAD
READ ONLINE

The show stars Ruth Cracknell, Garry McDonald, Henri Szeps and Judy Morris. It featured many Australian actors of the time in guest roles.

It featured many Australian actors of the time in guest roles. It was created and written by Geoffrey Atherden. The advertising deals with this taboo by simply denying the vibrant colour has any association with the product.