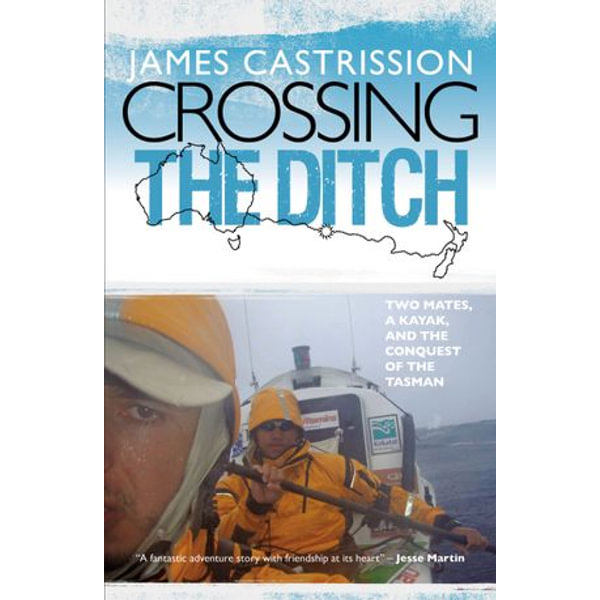 Two mates, a kayak, and the conquest of the Tasman. 'this is the gripping and inspirational account of two ordinary blokes ... double-handedly proving that the Age of Adventure is not over!' PEtER FItZSIMONS With more than two thousand kilometres of treacherous seas and dangerously unpredictable weather and currents, it was little wonder no-one had ever successfully crossed the tasman by kayak. Australian adventurer Andrew McAuley had come close just months earlier - tragically, though, not near enough to save his life. But two young Sydneysiders, James Castrission and Justin Jones, reached the sand at New Plymouth - and a place in history - on 13 January 2008, 62 days after they'd set off from Forster on the mid-north coast of New South Wales. In the process, they had to face dwindling food supplies, a string of technical problems, 14 days trapped in a whirlpool, and two terrifying close encounters with sharks. When they arrived in New Zealand, their friendship stronger than ever, they were sunburnt, bearded, physically and mentally wasted ... and, most of all, happy to be alive. "... nothing prepared them for the 62 days of rapture, despair and euphoria ... ultimately this is a story of the triumph of the human spirit." Lincoln Hall
DOWNLOAD
READ ONLINE

Try Crossing the Ditch is the story of two young Australians, James Castrission and Justin Jones, a story of determination, dedication and triumph. In their tiny kayak, they battled 10 metre towering waves, massive storms, sharks and currents that conspired against them. City Libraries, City of Gold Coast.