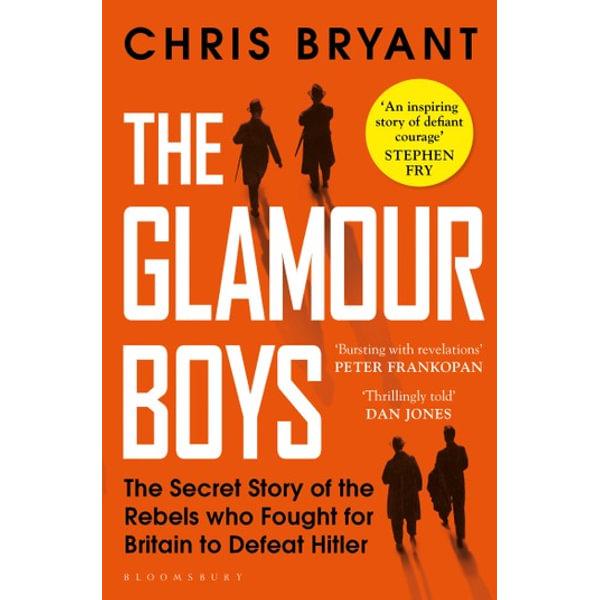 A story of unsung bravery at a defining moment in Britain's historyA Guardian Book of Autumn 2020We like to think we know the story of how Britain went to war with Germany in 1939, but there is one chapter that has never been told. In the early 1930s, a group of young, queer British MPs visited Berlin on a series of trips that would change the course of the Second World War.Having witnessed the Nazis' brutality first-hand, these men were some of the first to warn Britain about Hitler, repeatedly speaking out against their government's policy of appeasing him. Prime Minister Neville Chamberlain hated them. Branding them 'the glamour boys' to insinuate something untoward about them, he had their phones tapped and threatened them with deselection and exposure.At a time when even the suggestion of homosexuality could land you in prison, the bravery these men were forced to show in their personal lives gave them extraordinary courage in public. Undaunted, they refused to be silenced and when war came, they enlisted. Four of them died in action. And without them, Britain would never have faced down the Nazis.About the AuthorChris Bryant has been the Member of Parliament for Rhondda since 2001. He was Deputy Leader of the House of Commons and Minister for Europe in the last Labour government, and has been Shadow Secretary of State for Culture, Media and Sport and Shadow Leader of the House of Commons. The author of six previous books, he has written regularly for the Guardian and the Independent, and has appeared on every major TV and radio news and current affairs programme. He was the first gay MP to celebrate his civil partnership in the Palace of Westminster.
DOWNLOAD
READ ONLINE

At a time when even the suggestion of homosexuality could land you in prison, the bravery these men were forced to show in their personal lives gave them extraordinary courage in public. The story of the Glamour Boys provides a striking example of how the political establishment was prepared to publicly disparage members of their own party. Yet, despite the risk of exposing their... "The Glamour Boys" was the disparaging name given to a group of MPs by then-prime minster Neville Chamberlain.