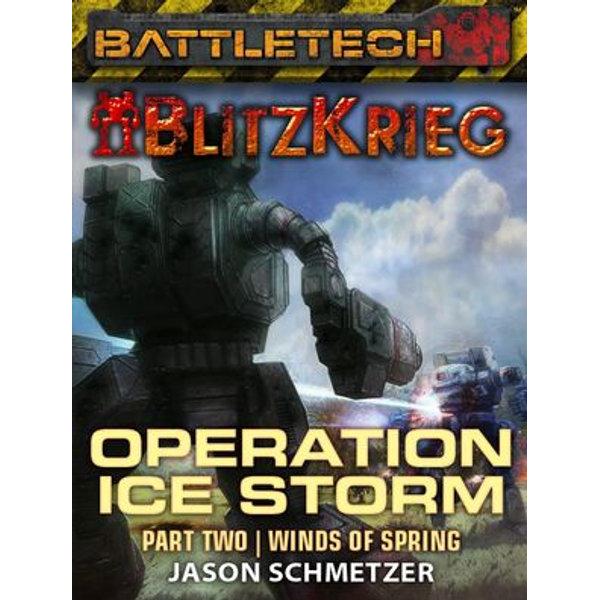 A DESPERATE FIGHT TO SURVIVE... It is 3071, and holy Jihad rages in the Inner Sphere. Safe on worlds claimed two decades earlier, Clan Jade Falcon watches its enemies tear themselves apart. But a new threat is bearing down on the Falcons. Clan Ice Hellion, another of Kerensky's Clans, has traveled the winding Exodus Road to attack its warrior brethren--for while the Clans hunger to conquer the Inner Sphere, they are warriors--and they have little qualm warring amongst themselves for advantage. Khan Connor Rood of the Ice Hellions knows his Clan is taking a desperate risk. Victory over the Jade Falcons will give the Hellions a place in the Inner Sphere, new worlds to conquer and exploit. It will place them among those rarified Clans who are not trapped in the distant Clan homeworlds. It is a bold plan. It has failed. The battle-proven Jade Falcon Clusters have shattered the Ice Hellion assault. The worlds the Hellions captured are being lost to the Falcon reconquest, and Hellion MechWarriors are dying in the loss. Khan Connor Rood knows he must find a way to save what is left of his Clan. He knows he has to bring the Falcons to one final, decisive battle and earn a chance at escape. But the legacy of Khan Raina Montose's bad decisions linger... and the the circling Jade Falcon forces have been joined by the hungry herds of the Hell's Horses Clan. Is Rood's desperate plan to rescue the Hellions he has left doomed to fail?
DOWNLOAD
READ ONLINE

His work crosses genre and game boundaries, working with both print and electronic publication. Author Topic: Battletech: Operation Ice Storm - Part 1 (Read 1825 times) Alex Keller. Captain; Posts: 2011; Battletech: Operation Ice Storm - Part 1 « on: 19 February 2012, 19:53:01 » Well, I decided to give Jason Schmetzer another chance and boy am I glad I did so.