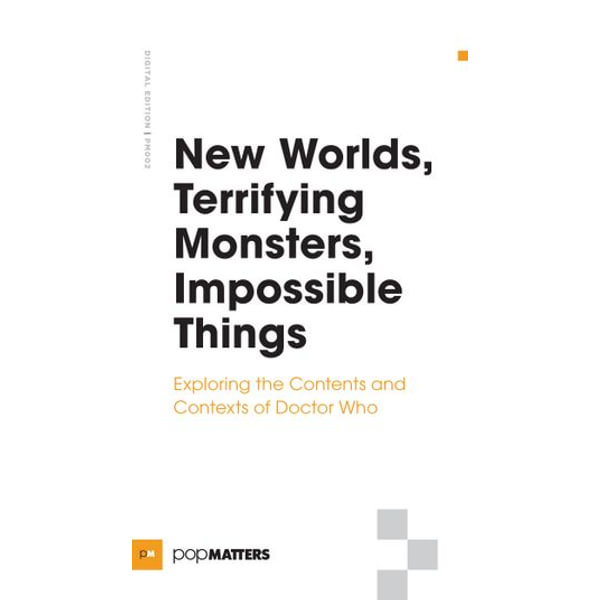 Appropriately for protagonist-a time traveler-there is perhaps no series of any genre that spans as much actual time as Doctor Who. From its debut the day after the Kennedy assassination, through the rise and subsequent break-up of The Beatles, Thatcher's long reign as prime minister, the Falklands War, the moon landing, and the Tiananmen Square uprising, the classic version of the series persisted. It is odd to think of a television series being around for more historical events than I have, never mind a series about a "madman in a box" [31.1] who sometimes wears a decorative vegetable on his lapel or thinks "bowties are cool". American television has a troubled relationship with genre programming. Stretching back to Star Trek, it is rare any series, let alone those in the science fiction or fantasy genre, to last more than a few seasons -sometimes for more than a few episodes. Films such as Star Wars can be a cultural phenomenon, but similar premises in the television medium are still considered to only appeal to a select group of individuals, which may not be the individuals that networks and advertisers want to be appealing to. Unlike its American cousins, however, Doctor Who isn't relegated to netlets like The CW or specialty cable channels, such as the SyFy Channel. Both during its Classic era (1963-1989) and the reboot in 2005, Doctor Who could be considered an actual cultural phenomenon. During the original run of the series, and much to co-creator Sydney Newman's dismay (see Michael Matthews and Thomas Meehan's essay in this collection), it was the genre aspects of the series, such as the Daleks, that caught on in the public imagination, with Dalek dolls, board games, slide projectors, playsuits, and other miscellany. The series returned to the BBC in 2005. The global blitz of marketing and viewing of the 50th anniversary was still 7 years away, but within England, by the end of 2005, not only was the Doctor Who Christmas episode was a major event, but a Doctor Who exhibition opened in Cardiff, Wales (where the series is primarily filmed). In 2012, it was replaced by the Doctor Who Experience, which features an interactive adventure and an exhibition hall of props and costumes from a variety of Doctors and companions, and on November 23, 2013, "The Day of the Doctor" debuted in theaters in 93 countries simultaneously. As Brian Faucette and Lynnette Porter argue in their essays, Doctor Who has truly become a global figure. Indeed, as will be clear throughout this collection, the Doctor has found his way into living rooms and classrooms, has commented both explicitly and subtextually on social and political moments, has been cancelled and regenerated, has been analyzed by scholars and branded by marketers. Even 12 Doctors in, there are still stories to tell and discussions to be had about a series with such a unique and long-standing history.
DOWNLOAD
READ ONLINE

by at Indigo.ca, Canada's largest bookstore. Free shipping and pickup in store on eligible orders. New Worlds, Terrifying Monsters, Impossible Things: Exploring the Contents and Contexts of Doctor Who (English Edition) eBook: PopMatters, PopMatters, Giannini, Erin: Amazon.de: Kindle-Shop Appropriately for protagonist-a time traveler-there is perhaps no series of any genre that spans as much actual time as Doctor Who.