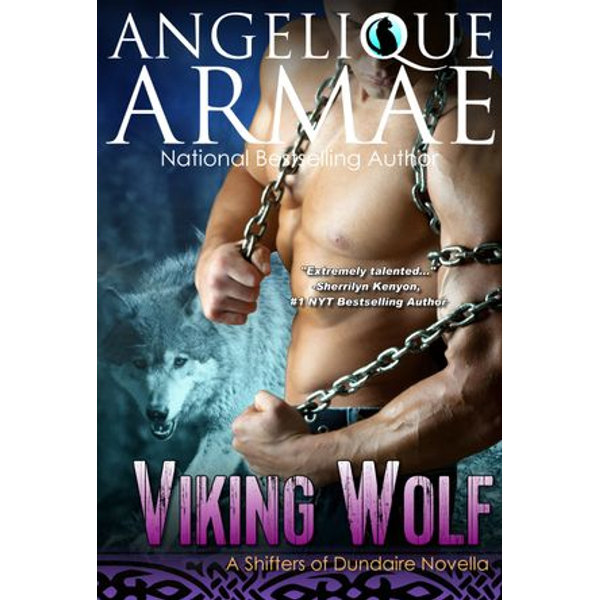 VIKING WOLF is the 3rd book in National bestselling author, Angelique Armae's, Scottish shapeshifter series. When Viking wolf Vidar von Hess is trapped inside a castle with sin-eater Leila MacHendrie, niece to Scotland's fiercest alpha, he's forced to face an ancient foe who stands to destroy everything Vidar holds dear. Including his new-found love for Leila. Leila MacHendrie always dreamt of finding the perfect fairytale hero. But when love strikes her heart, it comes in the form of Vidar von Hess, a man who is everything Leila doesn't want. For starters, he's a Viking, not a Scot. He doesn't wear a kilt, detests them to the point of calling them skirts. And he's an immortal wolf, when all she desires is your very-mortal-guy-next-door type. Plus, there's that little matter of the aura that keeps pulling from Vidar's body, tempting the sin-eater in her soul. Being a living, breathing Pandora's box isn't easy. Especially when that box contains the key to thawing Vidar's frozen heart. But breaking the man's curse means unleashing a centuries-old evil capable of killing them both. And being the untrained sin-eater that she is, Leila knows this is one love match that just might spell disaster for all involved. Too bad she finds the tempting Vidar so irresistibly sexy.
DOWNLOAD
READ ONLINE