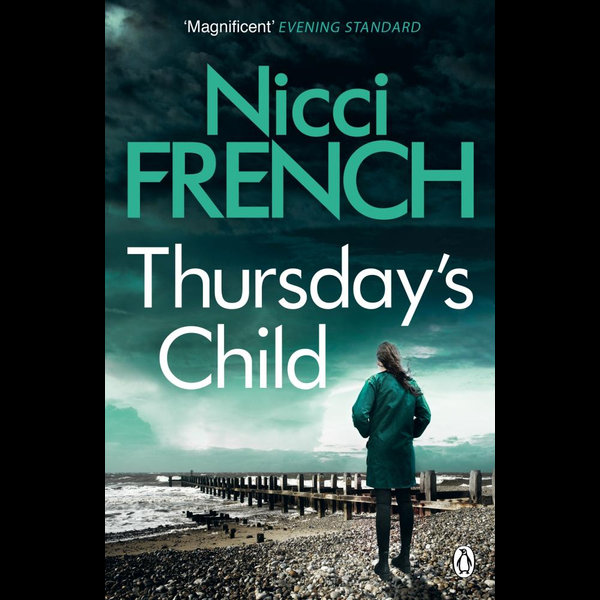 Thursday's Child by Nicci French is the fourth novel in the bestselling Frieda Klein series, following Blue Monday, Tuesday's Gone and Waiting for Wednesday.Two crimes, generations apart . . .Twenty years ago teenager Frieda Klein was brutally attacked in her own home. No one believed her - not the police, not her mother, not her friends. She left town, trained as a psychologist and never went back.Now an old classmate has shown up. She wants help with her daughter, who claims to have been attacked at home. An attack eerily similar to the one on Frieda. No one else believes the girl's story. Now - with a school reunion in the offing - Frieda returns to the darkness she fled. To the small town which refused to help her and which hides a terrible secret. Because someone at the reunion knows what happened.And they'll stop at nothing to prevent Frieda discovering the truth . . .Praise for the Frieda Klein series:'Nicci French's sophisticated, compassionate and gripping crime novels stand head and shoulders above the competition' Sophie Hannah'Expert in the unguessable twist, supremely skilled at ratcheting up the tension'Easy Living'French leads the field'Sunday Express'Brilliantly crafted . . . masterly control of suspense' Daily Mirror'Magnificent'Evening Standard 'A nerve-jangling and addictive read'Daily Express
DOWNLOAD
READ ONLINE

However, in many traditional versions, anything on a Friday was held as bad luck. " Thursday's Child " is a song recorded by David Bowie for his twenty-first studio album Hours (1999). Written by Bowie and Reeves Gabrels, the song was released as the album's lead single on 20 September 1999, by Virgin Records. With Gillian Bailey, Simon Gipps-Kent, David Tully, Clare Walker.