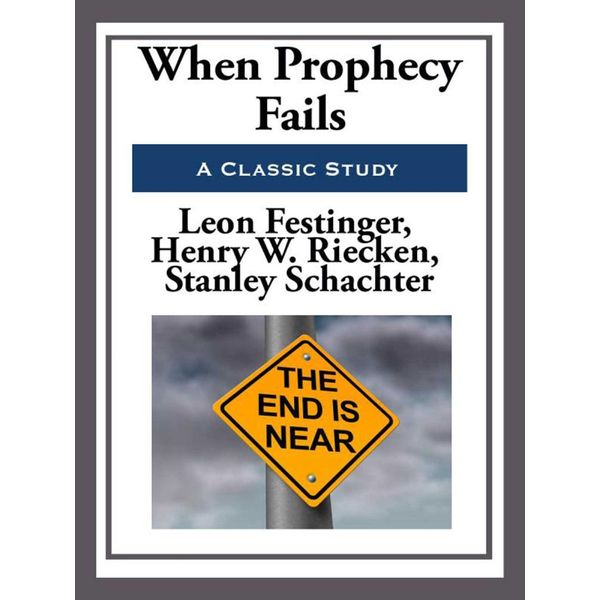 The study reported in this volume grew out of some theoretical work, one phase of which bore specifically on the behavior of individuals in social movements that made specific (and unfulfilled) prophecies. We had been forced to depend chiefly on historical records to judge the adequacy of our theoretical ideas until we by chance discovered the social movement that we report in this book. At the time we learned of it, the movement was in mid-career but the prophecy about which it was centered had not yet been disconfirmed. We were understandably eager to undertake a study that could test our theoretical ideas under natural conditions. That we were able to do this study was in great measure due to the support obtained through the Laboratory for Research in Social Relations of the University of Minnesota. This study is a project of the Laboratory and was carried out while we were all members of its staff. We should also like to acknowledge the help we received through a grant-in-aid from the Ford Foundation to one of the authors, a grant that made preliminary exploration of the field situation possible.
DOWNLOAD
READ ONLINE

Back in the 1950s three social psychologists joined a cult that was predicting the imminent end of the world. Their purpose was to observe the ... Letter: When prophecy fails.