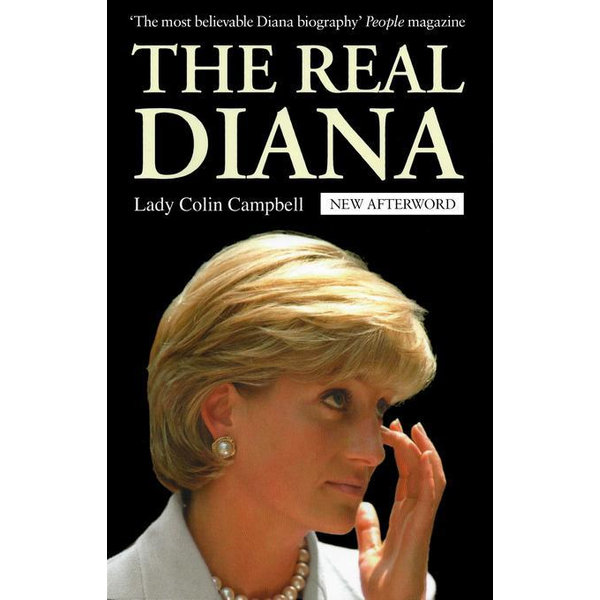 Royal insider Lady Colin Campbell was the first to predict the Waleses' separation and divorce, in her international bestseller, Diana in Private. People magazine said of it: 'Some Palace watchers note that she has an impressive roster of well-placed contacts and credit her with writing the most believable Diana biography'; while Lynn Barber, in the Daily Telegraph, called it 'Jaw-droppingly sensational'. The Real Diana contains startling new revelations about Diana which Lady Colin Campbell has unearthed since Diana's tragic death, including new theories on her death itself. The Real Diana is based on 35 interviews with Princess Diana conducted by Lady Colin Campbell - and for the first time Lady Colin Campbell names her Royal sources. 'Diana said that she wanted me to write the truth about her life 'because I feel as if the whole fairy tale is crushing whatever's left of the real me...If you'd just write about the real Diana, it would make all the difference.' NEWLY UPDATED in 2013 with an Afterword that reveals Lady Colin's insights into the inquest into Diana's death, the years that have followed, and the birth of Prince George.
DOWNLOAD
READ ONLINE

The Real Diana (Library Edition) In The Real Diana, she reveals that the reason she knew so much about what went on behind the palace gates was because Diana herself was the source. Drawing upon these confidences--as well as on conversations with countless people who knew Diana and with Diana herself in the final years of her life--Lady Colin Campbell combines true insight with true compassion to bring us the most intimate ... The Real Diana Colin Campbell (South London and Maudsley Nhs Foundation Trust and King's College London UK), Roe Kendall.

Up to this point, the Diana I had encountered was a princess who had behaved very much in keeping with the forms and traditions of royalty. In social situations, she was as circumspect as the rest of them, as… Lady Colin Campbell's New York Times bestselling biography Diana in Private was the first to expose the truth about Diana and her troubled marriage.