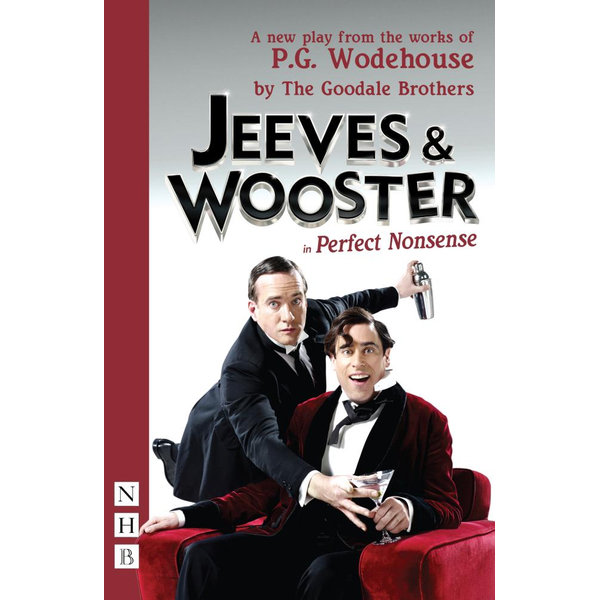 An inventive, fast-paced comedy featuring P.G. Wodehouse’s iconic double act. Winner of the 2014 Olivier Award for Best New Comedy. When a country house weekend takes a turn for the worse, Bertie Wooster is unwittingly called on to play matchmaker  reconciling the affections of his host’s drippy daughter Madeline Bassett with his newt-fancying acquaintance Gussie Fink-Nottle. If Bertie, ably assisted by the ever-dependable Jeeves, can’t pull off the wedding of the season he’ll be forced to abandon his cherished bachelor status and marry the ghastly girl himself! Based on P.G. Wodehouse’s delightfully bonkers stories, especially The Code of the Woosters, the Goodale Brothers’ dramatisation premiered at the Duke of York's Theatre, West End, in November 2013, prior to a UK tour. Written for a cast of three, who play multiple roles, this adaptation will suit any theatre company or drama group looking for a comic play to perform. 'razor-sharp ingenuity... comedy at its purest' Time Out 'Wodehouse himself would have loved this... captures the dotty, sunlit innocence of his work with panache' Telegraph 'joyous... works beautifully well... so true to the creator’s madcap spirit that you can imagine him wishing he’d thought of doing it like this' Daily Express
DOWNLOAD
READ ONLINE