The Story of Australia's People Vol. I 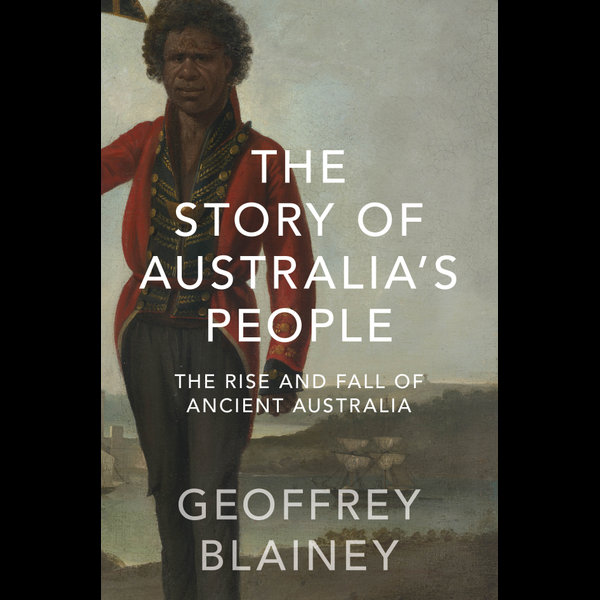 The vast continent of Australia was settled in two main streams, far apart in time and origin.The first came ashore some 50,000 years ago when the islands of Australia, Tasmania and New Guinea were one.The second began to arrive from Europe at the end of the eighteenth century.Each had to come to terms with the land they found, and each had to make sense of the other.The long Aboriginal occupation of Australia witnessed spectacular changes.The rising of the seas isolated the continent and preserved a nomadic way of life, while agriculture was revolutionising other parts of the world.Over millennia, the Aboriginal people mastered the land's climates, seasons and resources.Traditional Aboriginal life came under threat the moment Europeans crossed the world to plant a new society in an unknown land.That land in turn rewarded, tricked, tantalised and often defeated the new arrivals.The meeting of the two cultures is one of the most difficult and complex meetings in recorded history.In this book Professor Geoffrey Blainey returns first to the subject of his celebrated works on Australian history, Triumph of the Nomads (1975) and A Land Half Won (1980), retelling the story of our history up until 1850 in light of the latest research.He has changed his view about vital aspects of the Indigenous and early British history of this land, and looked at other aspects for the first time.Compelling, groundbreaking and brilliantly readable, The Story of Australia's People: The Rise and Fall of Ancient Australia is the first instalment of an ambitious two-part work, and the culmination of the lifework of Australia's most prolific and wide-ranging historian. 'Absorbing and important ... the first volume of an ambitious work on the peopling of this continent from its human origins to our own day...bold, rich, wise, authioritative and questioning.' Peter Stanley, The Age 'The Story of Australia's People: The Rise and Fall of Ancient Australia situates pre-invasion Aboriginal society as a triumphant culture with much to celebrate.' John Maynard, The Age 'Blainey has produced a book that all Australians could and, dare I say it, should read . . . I very much look forward to the next instalment of his bold, rich, wise, wry, authoritative and questioning trilogy.' Canberra Times 'This is the real story of Australia, at last.' Courier Mail 'Blainey delivers a brilliant narrative on Australia's settlement.' Australian Geographic
DOWNLOAD
READ ONLINE

Continent-wide narratives also conceal important ... Uluru is one of Australia's most recognisable natural landmarks and has been a popular destination for tourists since the late 1930's. It is also one of the most important indigenous sites in Australia.

Over time it revealed itself to be a land of reward, and sometimes despair. Australian Journey: The Story of a Nation in 12 Objects is a free web-based video series exploring the nation's history through captivating objects from the National Museum of Australia.. The series is suitable for high school and tertiary students and explores issues including the Australian environment, Aboriginal and Torres Strait Islander culture and history, democracy and citizenship ... This first volume starts with the outbreak of war and ends on 4 May 1915 - just nine day after the fateful Gallipoli landing.