The Wind in My Hair 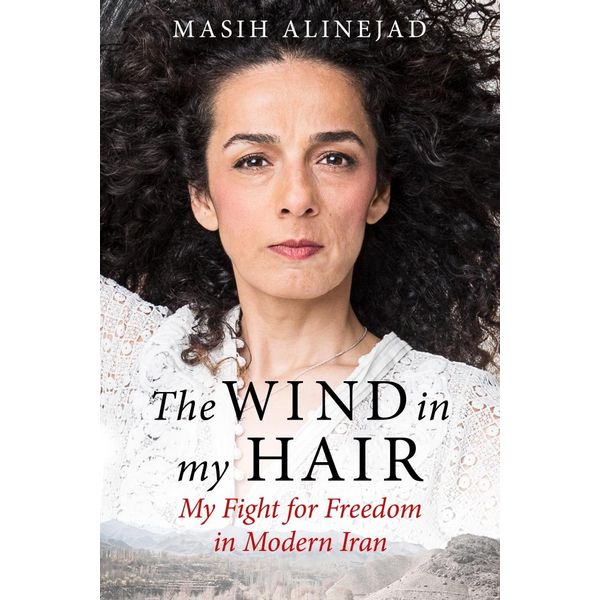 'A must-read for anyone who cares about women's equality' Sheryl Sandberg 'A flame-thrower for the rights of women who live under the thumb of repression and injustice' Tina Brown **BBC RADIO 4 BOOK OF THE WEEK This memoir is the extraordinary story of how one woman, Masih Alinejad, an awe-inspiring journalist and activist from a small village in Iran, overcame enormous adversity to fight for what she truly believed and founded a major movement for women around the world with the simple removal of her hijab.** It all started with a single photo, a bold statement on Masih's Facebook page: a woman standing proudly, her face bare, her beautiful, curly hair blowing in the wind. Her crime: simply removing her veil, or hijab, which is compulsory for women in Iran. This is the photo that sparked a social-media liberation movement, 'My Stealthy Freedom'. Across Iran, women started posting pictures of their uncovered hair on Masih's page in open defiance of the strict religious beliefs of their country (and often, their families) while sharing their personal stories about this powerful mode of expression. With the creation of 'My Stealthy Freedom' Masih has gained over one million supporters around the world, and inspired Islamic women everywhere to take a stand for their basic human rights. She's been covered by the media from Vogue, to the Guardian, the New York Times and beyond. Last year she was the recipient of the Women's Rights Award from the Geneva Summit for Human Rights and Democracy. But behind the scenes of this movement, Masih has been fighting a painful personal battle. She is a divorcee -- a sin equivalent to prostitution in Iranian culture. As a reporter, Masih has been actively speaking out against the government's corrupt policies for more than a decade, and has faced abuse and slander at every turn. In 2009 she went abroad during the Iranian presidential election with hopes of interviewing Barack Obama. Before the interview could take place, the elections were stolen, Masih's newspaper was shut down, and thousands of Iranians were arrested. She was expelled from her own country, and separated from her only son. Although she eventually was able to take her son abroad, she has not returned to Iran or seen her family in years. To this day, Masih has faith that one day she will be reunited with her homeland. A defiant, inspiring voice for women's rights, Masih Alinejad speaks for women everywhere. 'Intriguing and inspiring . . . her voice is so important to the Iranian people's struggles for freedom and democracy' Azar Nafisi, author of Reading Lolita in Tehran
DOWNLOAD
READ ONLINE

Like the first time I caught a whiff of you and was hooked; I find ... It all started with a single photo, a bold statement on Masih's Facebook page: a woman standing proudly, her face bare, her beautiful, curly hair blowing in the wind. Her crime: simply removing her veil, or hijab, which is compulsory for women in Iran.

Alinejad believes that the book's themes transcend borders." Wind in My Hair is the opening theme song of Tangled: The Series, sung by Mandy Moore, who portrays Rapunzel in the series. It was first performed in the television special Tangled: Before Ever After, when Rapunzel and Cassandra sneak out of the castle and venture beyond the walls of Corona.